I’m sure by this point you’re wondering when the heck I’m going to stop telling you that On Higher Ground is on its way – I mean, it’s only been like forever since I announced that Dax and Beck would get another book. And believe me, it’s felt like forever on this side of the screen as well. I haven’t released a book since October 21, 2015 – that’s, by far, the longest stretch I’ve ever gone without publishing something. While I know you all understand that authors have lives and all that stuff, I do feel like I want to explain – mainly because you’re all the best readers ever and I want to keep you in the loop.

Back in March of 2015, I had a miscarriage. Following that, my husband and I decided to go back for another IVF. Those three attempts took place between May ’15 and September ’15. That was also the time in which I was writing From the Wreckage – a book I started three years ago, dedicated to my uncle, who died on 9/11.

To say that the summer took an emotional toll on me is the understatement of the year.

But then, much to mine and my husband’s surprise, we found out in October ’15 that I was pregnant. We were shocked, especially since we had decided that maybe another baby wasn’t in the cards for us. Now, I wish I could enter into a pregnancy blissfully unaware of loss and pain. But that’s not my lot in life. So in the months following the release of From the Wreckage, I took a much needed break from writing. I was still teaching full time, and marketing my books as much as possible, but mainly I was spending time with my family and trying not to focus on the possibility of losing yet another pregnancy.

As the months went on, I felt more and more confident in my pregnancy, but I also felt more and more exhausted. So opening up the laptop after a full day of work – with teenagers – and a full afternoon with my own children – well, let’s just say the exhaustion continued.

It took me far longer to finish On Higher Ground than I ever planned, but I am so thrilled to announce that it is FINALLY in the hands of my editor!! And we have a cover!!

The sad news is that I don’t have a publishing date just yet. The baby will more than likely be here sometime in May, which means I might little notice to give in terms of when On Higher Ground goes live. There will be no preorder because I just can’t guarantee when it’ll be ready to go. The best way to stay up to date is to join my Facebook reader’s group (https://www.facebook.com/groups/CollinsStreetTeam/) and sign up for my newsletter (melissacollinsauthor.com/newsletter/).

I really can’t thank you for being patient with me through these last few months. And I am beside myself with excitement for you to get your hands on more Dax and Beck! OHG is all about the usual (or not so usual) ups and downs of marriage and building a family. I know you’ll love it because at its core, it’s about love and family.
Thank you! And keep your eyes out for the cover in the coming weeks – it’s stunning!

So here’s your first look at On Higher Ground! Happy Tuesday! XOXO 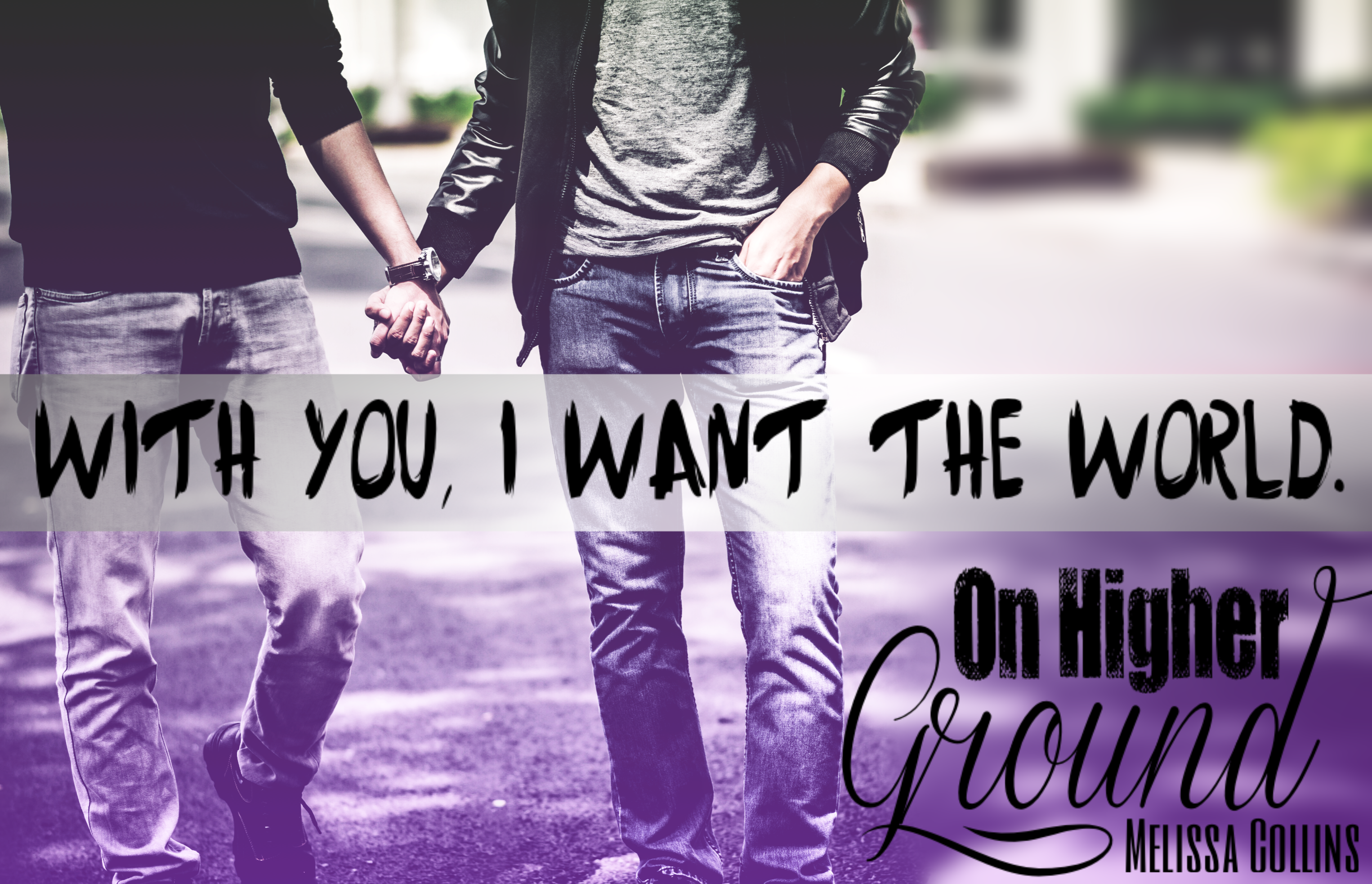 Add On Higher Ground to your TBR on Goodreads!